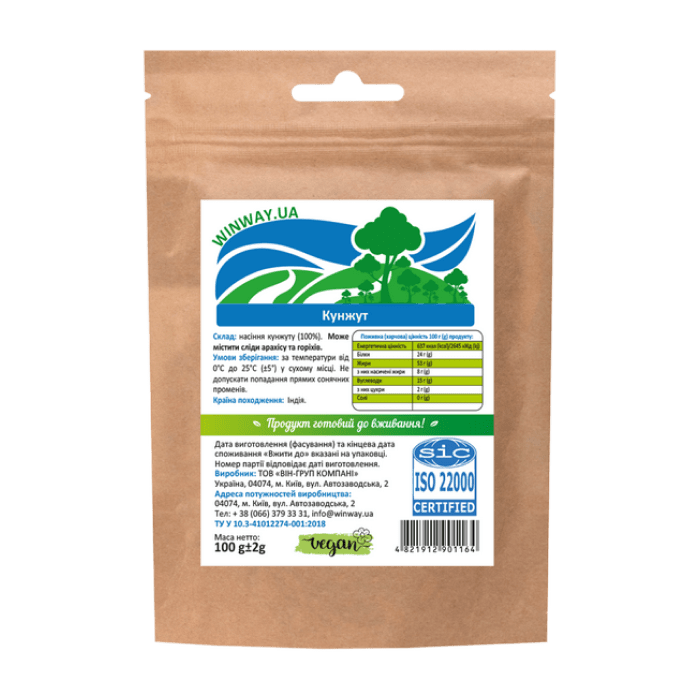 Sesame is a plant whose seeds have long been used as a spice and grown for their healthy oil.

Sesame is a valuable and nutritious foodstuff. Its seeds contain up to 60% healthy oil, a number of vitamins and minerals.

Sesame has been cultivated since ancient times; it is frequently mentioned in written records of ancient Babylon or texts of the Greek philosopher Herodotus.

In the East, sesame is believed to prolong life. It may be a reason why sesame seeds and oil are widely used in local cooking. Or they are popular because of their distinctive nutty flavour.

Sesame is a very popular foodstuff. It is also very useful due to the oil content that normalises the metabolism. The high levels of various acids and vitamin E are a true symbiosis of the elixir of youth!

Our pack can stand, lay or hang because of Euroslot

Unique colours for every group of goods are combined in a wonderful colour palette to engage the customers attention.

Making possible long-term storage. The product is protected from shrinking, overwatering, dirt and other ravages.